The Reality of an Islamic Jihadist

The Reality of an Islamic Jihadist 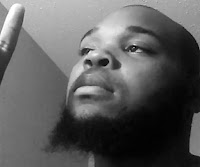 These Islamic Jihadi loud mouths are nothing but programmed robotic murders. And they are brainwashed to believe they are above everyone else’s law and that non-Muslims should bow on their knees to them.  But a district judge in Ohio ignorantly laid what he’ thought was a very simple and succinct ‘smackdown’ on one of these guys as he delivered his sentence.
US-born Islamic terrorist Terrence McNeil, 24, was convicted of ten terrorism-related charges.  During the sentencing phase, McNeil decided to get on his soap box and explained his Islamic supremacism to the court.  McNeil told Judge Dan Polster:
“Nothing you did today even matters.” [Said McNeil] “Jihad will continue until the day of judgment.
And that’s a promise from Allah, it’s not going to change. It’s not going to stop. Neither of them are.
My commission of Allah is not going to stop, so this is meaningless. I’ll be rewarded for what I do. You’ll be punished for what you do. I’m fine with that. You’re fine with that. So we’ll wait for the punishment of Allah to afflict you, either by himself or through the hands of the Muslims, and then we’ll see. Inshallah.”
Note: “Inshallah” is an Arabic word used by Christians and Muslims, It means “God willing.”
After listening to McNeil's chatter, Judge Polster simply responded:
“All right. Mr. McNeil, while I respect your opinion, I think you have confirmed the wisdom of my 20-year sentence.”
One to the things McNeil did is post kill lists of members of the U.S. military and actively disseminated ISIS propaganda on social me      dia websites.
According to Cleveland.com:
“The FBI arrested McNeil in November 2015 after he used social-media websites to profess his support for ISIS, prosecutors said. A file he posted Sept. 24, 2015 on his Tumblr page had the header "Islamic State Hacking Division," followed by "Target: United States Military" and "Leak: Addresses of 100 U.S. Military Personnel.
The file, first posted by someone else in March 2015, is a .gif, which allows multiple images to be looped. The text of the first file encouraged people who saw it to kill the military members "in their own lands, behead them in their own homes, stab them to death as they walk their streets thinking that they are safe..., prosecutors said.
He also made similar postings on Twitter and Tumblr at least two other times.
McNeil, who has been in federal custody since his arrest, plead guilty in April to 10 terrorism-related charges. While facing a life sentence if he was convicted at trial, McNeil agreed to serve between 15 and 20 years in federal prison.”

“With this sentence, McNeil is being held accountable for disseminating ISIS’s violent rhetoric, circulating U.S. military personnel information and explicitly calling for the killing of American service members in their homes and communities,” Assistant Attorney General Boente said following McNeil’s sentence.
"This threat will be there forever," said Assistant U.S. Attorney Christos Georgalis, who pushed for the 20 years.
Some of McNeil's posts included, "I can't wait for another 9/11, Boston bombing, or Sandy Hook!!!” according to the government's sentencing memo.
He also posted videos of Islamic State Jihadis killing people by drowning them in a cage or blowing them up in a car.
While reports indicate that McNeil is supposed to pay restitution to military members who took precautions by purchasing guns, moving or installing security systems, one has to question how he is to do that in prison.
Again not understood by the Western Mind is that we will never defeat terrorism, because terrorism isn’t the enemy.  The Islamic Ideology is… read the Quran, the Sunnah and the Hadith. There are 76 different sects of the Islamic occult the three dominant sects are Sunni Shiah and Wahhabi.  Saudis and ISIS are Wahhabi, literal Islam.
THE BOTTOM LINE: No, this man McNeil is not getting justice, and neither are those he threatened.  This man is being given a 20 year captive environment of people who are just like him in that they have broken the law and now he will have an audience of prospective converts to brainwash.
While I understand the judge's statement as a smackdown to McNeil, the reality is that McNeil will no doubt be just like Michael Adebolajo, the devout Muslim Wahhabist who was just following the teachings of the Quran when he murdered Lee Rigby in broad daylight in London, but is now recruiting more jihadis every day while in prison.

The real problem here is that the statement that McNeil made to the Judge in court is, sad to say, true…well at least some of it. ‘Nothing we in the west have done or are doing now even matters. Jihad will continue until the Mahdi shows himself.’  True!

‘And that is in fact a promise from Allah/Satan that he is not going to change. Jihad is not going to stop.’  True!
And then in the last paragraph, the only truth there is:  ‘My commission of Allah is not going to stop.’ True! He will make Jihadist out of all he comes in contact with while in prison.
As long as we continue to blindly see Muslims as if they are like any other people we will continue to become more and more in subjection to them.  Muslims are brainwashed cultists involved in a progressive indoctrination of demonic control, and they in turn, seek to follow their Quranic programming to subjugate the entire world under the barbaric ideology of Sharia. It’s called the Ummah.
That’s the reality of Islamic Jihad my friend.

FYI: Terrorist attacks by the religion of peace, as of August 5. 2017…
Thanks for listening. Now go do the right thing and fight for truth and freedom


Disclaimer - The writer of this blog is not responsible for the language or advertisements used in links to referenced articles as source materials.
Posted by de Andrea at 1:21 PM