Iceland Revels It’s Cure For Down Syndrome – Just Kill Them!

Iceland Revels It’s Cure For Down Syndrome – Just Kill Them! 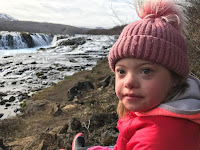 In one of the most disgusting examples of the collapse of our Judeo-Christian culture and the ongoing corruption of our media. Recently the elitist (CBS) Communist B S news reported happily on Iceland’s battle against people with Down Syndrome as if those at CBS are better and more equal than those with an extra chromosome. CBS (and other Communist media outlets) are reporting on the amazing drop in the amount of children born with Down  Syndrome as if they have won the battle against the chromosomal disorder. But the truth is - they haven’t really found a “cure” for the problem at all, they’ve just been murdering anyone who tests positive for the disorder.
Here’s what the Communist BS news reported “Down Syndrome births have been all but eliminated in Iceland… thanks to abortion.”
Iceland is on pace to virtually eliminate Down syndrome through infanticide. Read Twitter #CBSNOA watch a CBS report http://cbsn.ws/2uGMd5G

Since prenatal screening tests were introduced in Iceland in the early 2000s, the vast majority of Icelandic women, about 85% have the screening done— close to 100 percent — who received a positive test for Down syndrome, murdered their child. Nearly every Down Syndrome child is being executed by the people of Iceland.

It’s not just Iceland that is barbarically targeting their Down Syndrome children for genocide:  Other countries aren’t lagging too far behind in Down syndrome murder rates.  According to the most recent data available, the United States has an estimated the murder rate for Down syndrome of 67 percent (1995-2011); in France it’s 77 percent (2015); and Denmark, 98 percent (2015). The law in Iceland permits the murdering of children after 16 weeks if the baby has a deformity of any kind — and Down syndrome is at the top of this category.
So does this mean that we have found a cure for everything? Just get rid of the defective people by executing them.
THE BOTTOM LINE: Why is the Western world eradicating these precious children? Because the elitists among us say that these children cannot live full and productive lives. When the truth is that children born with this genetic disorder of Down Syndrome, with distinctive facial issues and a range of developmental issues can’…in fact live full, healthy lives, with an average lifespan of around 60 years. Everyone has the right to life…
Why don’t these people get to live? Because modern Western culture has become nothing but a bunch of barbaric murdering monstrous. This is tantamount to Hitler murdering defective people and everyone that is not of the perfect Aryan Race.
Is this what we‘ve become?  We have become our own enemy my friend!
Thanks for listening. Now go do the right thing and fight for truth and freedom.


Disclaimer - The writer of this blog is not responsible for the language or advertisements used in links to referenced articles as source materials.
Posted by de Andrea at 8:17 AM