Terry Jones is a principled man. He may truly be one of the few true Americans left who’s not afraid to put his fire where his mouth is.

Jonah Goldberg says “I don’t think we should ban the act, but I’m not about to condone it either”.

I don’t find burning the Quran as offensive in principle as I do its opposite extreme: the bizarre hyper-reverence with which the Quran is handled by the American Defense Department who is obviously governed by the Islamic law of Sharia. 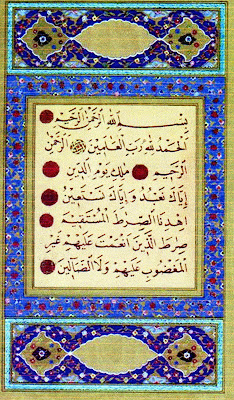 What Western Christians do not understand, whether real or cultural, is that any benevolent act or cooperative act toward Islam is considered weak and is regarded as a triumphant battle won against the filthy infidel pigs.

So to come out against burning the Quran is to unknowingly commit the treasons act of giving support to the enemy of Western civilization.

Down at Gitmo for example, the Defense Department gives the Quran to each of the terrorists even though the DOD knows they interpret it to command them to kill the people who gave it to them.

To underscore our new American religion of Politically Correct Multi-Culturalism and precious sensitivity to Muslims, standard U.S. military and Sharia legal procedure calls for the Quran to be handled only by Muslim military personnel. Sometimes, though, that is not possible for various reasons. If, as a last resort, one of our filthy pig non-Muslim troops must handle or transport the book, he must wear white gloves, and he is further instructed to use the right hand (indulging Muslim Sharia’s taboo about the sinister left hand). The book is to be conveyed to the prisoners in a “reverent manner” inside a “clean dry towel.”

This is nothing short of bowing down to Islamic teaching that weak pig infidels are so low a form of life that they should not be touched (as Ayatollah Ali Sistani teaches, “non-Muslims are considered in the same category as urine, feces, semen, dead bodies, dogs, pigs, and pig blood, and the sweat of an animal who persistently eats unclean things.”

In my book, (no pun intended) this is every bit as indecent as torching the Quran, implicitly endorsing as it does the very dehumanization of non-Muslims that leads to terrorism. Furthermore, there is hypocrisy to consider: the Defense Department now piously condemning Quran burning is the same Defense Department that itself ordered the confiscating and burning Christian bibles in Afghanistan.

Let me ask you this, did the DOD do this to purge Christianity from the world, or to protest the acts of Jesus Christ? Or could it be in humble respect for this murderous oppressive enemy? What?

Quite consciously, U.S. commanders ordered this purge in deference to Sharia proscriptions against the proselytism of faiths other than Islam. What did I say the treasons act of aiding and abetting. And as General Petraeus well knows, his chain of command is not the only one destroying bibles.

Non-Muslim religious artifacts, including bibles, are torched or otherwise destroyed in Islamic countries every single day as a matter of standard operating procedure. Saudi government guidelines prohibit Jews and Christians from bringing bibles, crucifixes, Stars of David, etc., into the country — and, of course, not just non-Muslim accessories but non-Muslim people are barred from entering Mecca and most of Medina, based on the classical interpretation of an injunction found in what Petraeus is fond of calling the Holy Qur’an (sura 9:28: “Truly the pagans are unclean . . . so let them not . . . approach the sacred mosque”.

I don’t like book burning either, but I think there are different kinds of book burnings. One is done for purposes of censorship — the attempt to purge the world of every copy of a book to make it as if the sentiments expressed never existed. This is the kind of book burning the DOD did in burning the Christian Bible at the request of the Islamic Imams. The other kind of burning is done as symbolic condemnation. That’s what I think Terry Jones was doing. He knows he doesn’t have the ability to purge the Quran from the world, and he wasn’t trying to. He was trying to condemn some of the ideas that are in it — or maybe he really thinks as I do, the whole thing is Satanic and therefore condemnable.

This may be a particularly aggressive and vivid way to express disdain, but I don’t know that it is much different in principle from orally condemning some of the Quran’s sutras and verses. Sura 9 of the Quran, for example, states the supremacist doctrine that commands Muslims to kill and conquer non-Muslims (e.g., 9:5:. “But when the forbidden months are past, then fight and slay the pagans wherever ye find them, and seize them, beleaguer them, and lie in wait for them in every stratagem (of war) . . .”; 9:29:. “Fight those who believe not in Allah nor the last day, nor hold forbidden which hath been forbidden by Allah and His Messenger, nor acknowledge the Religion of Truth, from among the people of the Book [i.e., the Jews and Christians], until they pay the jizya [i.e., the tax paid by the people of the book (Christians and Jews) for the privilege of living as dhimmahs under the protection of the Sharia state] with willing submission, and feel themselves subdued”. I must say, I’ve got a much bigger problem with the people trying to comply with those commands than with the guy who burns them.

THE BOTTOM LINE: Moreover if you think Terry Jones is to blame for the deaths in Pakistan and Afghanistan, well guess what! Terry didn’t do it, those acts of murder and retaliation rests souly with the Muslim terrorists. It is part of the Islamic ideology to murder those who speak out against Islam and it is part of Christian principles and values to speak out against mans satanic inhumanity to man.

Those who condemn Terry Jones are supporting the satanic ideology of Islamic Sharia. As always, you chose freedom of expression or the tyranny of oppression.

Remember… it was Islam, without provocation that viciously attacked us! And they have been doing it for 1400 years; it’s about time to stop it…

What do you think???

de Andréa
Posted by de Andrea at 10:33 AM No comments: