While the Illegal Criminal U.S. Department of Education forbids the teaching of Christianity on which this nation was founded, it not only promotes Islam, it forces conversion, and submission to it, by disguising it as historical curricula.

The parents of a student in a public high school in Maryland filed a lawsuit against the public school for forcing their daughter to convert to Islam.

The sixth president John Quincy Adams the son of John Adams the second president who was one of the architects of the U.S. Constitution and the Bill of rights - during his presidency wrote:

“In the seventh century of the Christian era a wandering Arab of the lineage of Hagar [i.e., Muhammad] the Egyptian, combining the powers of transcendent genius, with preternatural energy of a fanatic, and the fraudulent spirit of an imposter from hell, proclaimed himself as a messenger from heaven, and spread desolation and delusion over an extensive portion of the earth. Adopting from the sublime conception of Mosaic Law, the doctrine of one omnipotent God; he connected indissolubly with it, the audacious falsehood, that he was himself his prophet and apostle. Adopting from the new Revelation of Jesus, the faith and hope of immortal life and of future retribution, he humbled it to the dust by adapting all the rewards of his religion to the gratification of the sexual passion. He poisoned the sources of human felicity at the fountain, by degrading the condition of the female sex, and the allowance of polygamy; and he declared undistinguishing and exterminating war, as a part of his religion, against all the rest of mankind. THE ESSENCE OF HIS DOCTRINE WAS VIOLENCE AND LUST: TO EXALT THE BRUTAL OVER THE SPIRITUAL PART OF HUMAN NATURE.... Between these two religions, thus contrasted in their characters, a war of twelve hundred years has already raged. The war is yet flagrant… While the merciless and dissolute dogmas of the false prophet shall furnish motives to human action, there can never be peace on earth and good will towards men.” John Quincy Adams

The Islamic Quranic Ideology violates Natural Law and every law in the U.S. Constitution. And therefore is considered by all American law to be a criminal organization. A political ideology on par with Tyrannical Cults, Nazism, Communism and the Sicilian Mafia.  It is not therefore a religion protected by the First Amendment. Read their books my friend and you will also find the truth.

Then why is it taught as a peaceful religion in our schools by the very people that mistakenly believe that there is a separation of church and state?

Because Islam is promoted by the Global Elites to destroy Christianity and the American culture. It is useful to the anti-American Deep State because of its destructive quality and because Islam is incompatible with anything else on the planet.

The only sure way to fight this atrocity, is for all Americans to pull their children out of the government public school system.  If that is something you wouldn’t do - then you have only one other choice my friend, and that is to buy prayer rugs for the whole family. And maybe a compass, so you know which way east is…

Thanks for listening my friend. Now go do the right thing, pray and fight for truth and freedom.
- de Andréa
Please pass on this article to everyone on your email list.  It may be the only chance for your friends to hear the truth.
The Fine Print
Copyright © 2005 by Bottom Line Publishing, All Rights Reserved -  Permission to reprint in whole or in part is gladly granted, provided full credit is given.


Disclaimer - The writer of this blog is not responsible for the language or advertisements used in links to referenced articles as source materials.
Posted by de Andrea at 11:02 AM No comments:

Muslims Of America (MOA) Under Investigation As A Terrorist Organization.

Muslims Of America (MOA) Under Investigation As A Terrorist Organization. 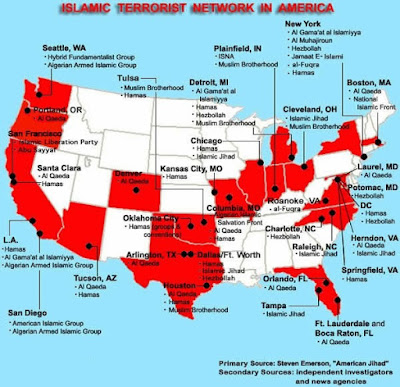 - de Andréa
Please pass on this article to everyone on your email list.  It may be the only chance for your friends to hear the truth.
The Fine Print
Copyright © 2005 by Bottom Line Publishing, All Rights Reserved -  Permission to reprint in whole or in part is gladly granted, provided full credit is given.


Disclaimer - The writer of this blog is not responsible for the language or advertisements used in links to referenced articles as source materials.
Posted by de Andrea at 1:10 PM No comments:


Part of Trumps draining the swamp has got to be the shutting down of the nearly 30 Muslim Jihadist Terrorist training camps that are spread all across the United States. For more than 40 years the Shadow Government working behind the scenes of politics has been encouraging and protecting the Islamic agenda of infiltration and the eventual overthrow of the United States government by any means necessary, turning America into just another Islamic State just as has been happing in history all over the world from the 7th century to date.

The 70 acre compound of Islamberg has actually been located in the Catskill Mountains in Upstate NY for more than 62 years. Once used by a Catholic Priest as a sort of boy’s town correctional facility for wayward boys, it passed through multiple hands and eventually into the hands of an Islamic terrorist known as Sheikh Syed Mubarik Ali Shah Gilani, a Muslim Jihadist with known ties to the terrorist organization known as Jamaat al-Fuqra.

Mysteriously hidden and nestled deep within the woods of the Catskill Mountains in New York State it has been for more than 20 years a Muslim Jihadi compound called Islamberg. The only way to access the 70-acre compound is through primitive dirt roads, a Muslim NO GO ZONE where hundreds of Muslims have for years lived in seclusion away from the prying eyes of curious Americans and protected by Deep State federal security agencies.  There are more than 20 known such terrorist training camps (shown on the map below) in the U.S. all protected by corrupt federal Deep State security agencies. 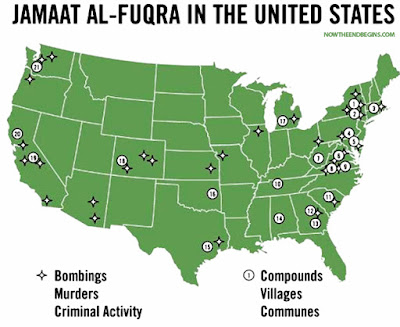 For over two decades, infidels have been prohibited from entering the Islamberg compound, as anyone attempting to enter would be “greeted” by an armed Muslim patrol in a guard shack at the compound’s entry gate. Without local legal access to the compound, there’s been no way to confirm what was known about the location being used as a training ground for Muslim terrorists. But after an alarming incident involving one of the Islamberg residents, local police finally got involved. And what they discovered that these Muslims have been quietly plotting for years is nothing short of chilling.

For over two decades, this cult group of Terrorist Sharia - following Muslim Jihadists have lived secretly under the guidance of Pakistani Sheikh Syed Mubarik Ali Shah Gilani, a terrorist Muslim imam with known ties to Jamaat al-Fuqra, a terror organization responsible for a long list of terrorist activities around the world, including murders of rival religious figures right here in the United States. Locals in the area have often times reported the sounds of gunfire and explosions emanating from the compound, but because the Muslims weren’t necessarily breaking any laws, there was nothing that law enforcement could do except keep a close eye on the place from a distance. 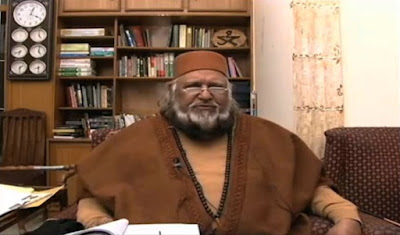 But with a recent arrest of Islamberg resident Ramadan Abdullah who was recently caught trying to steal several cases of ammunition from a local mountain store in the area, authorities finally had their chance to investigate the man’s background. And they quickly learned that they could prove that Abdullah was stockpiling weapons for the compound: 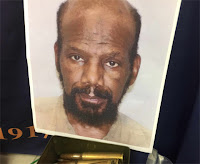 Shortly after arresting Ramadan Abdullah for theft, the Muslim’s answers about why he was stealing ammunition raised suspicion among police, and provided probable cause to obtain a search warrant to investigate their suspicions further. During their raid they discovered a massive stockpile of illegal weapons that were to be transported to the compound, including 8 assault weapons, 4 loaded handguns, 1 loaded shotgun, 2 rifles, 64 high-capacity ammunition feeding devices, and body armor, including thousands of rounds of .50 caliber ammunition capable of piercing body armor. But illegal cache of weapons seized from Abdullah was unfortunately just the beginning.

After Abdullah’s arrest, authorities began looking closer into his background, discovering that the Muslim is a long-time associate of the U.S.-based Islamist terrorist organization, Muslims of America (MOA), and was the very same Muslim who was arrested back in 1977 after police discovered enough material at his home to build 50 bombs.

Abdullah also participated in the armed robbery of a candy store in Brooklyn back in the 70’s that resulted in the death of a man. But after serving time and having his sentence drastically reduced, Abdullah had pretty much fallen off the radar of authorities, quietly living on the Islamberg compound and training other terrorists on the use of weapons. His arrest has now validated the fears that New York residents held all along that the compound was in fact location being used to actively train terrorists, where FOX News is now coming forward with other possible rumors of there being a tank on the grounds as well, and that the location was once used to hide Osama bin Laden from authorities.

A long-time associate of a U.S.-based Islamist terrorist organization, Muslims of America (MOA), has been arrested in New York following the discovery of a large cache of weapons that were intended for MOA’s “Islamberg” headquarters in Hancock, NY.

Since Abdullah’s arrest, New York State Police Major Jim Barnes said he believes that the Muslim terrorist has traveled overseas to promote terrorism. All Abdullah’s illegal weapons have since been seized, and Barnes questions exactly what Abdullah’s motives were for hording such a massive amount of weapons in the first place.

THE BOTTOM LINE: Doesn’t it beg the question, what was he doing with all this and what were his intentions down the road? Well I have been questioning the FBI on the existence of all the terrorists training camps in the U.S. for years…they simply ignored and threatened  me... now I know why.

On several occasions, As far back as 2007 I have reported on the alarming things going on in Islamberg, exposing how 22 known training camps within the United States or as many as 30 are directly associated with the MOA terror network and Ramadan Abdullah.

Below are a few chilling videos related to Islamberg.  Watch for yourself, watch as many of the successive videos as you need - to convince yourself that the government security agencies have been tangled up in and supported the Islamic terrorist organizations for years.  All for the ultimate purpose of overthrowing our existing culture and type of government and replacing it with a single one world tyranny.
Thanks for listening my friend. Now go do the right thing, pray and fight for truth and freedom.

- de Andréa
Please pass on this article to everyone on your email list.  It may be the only chance for your friends to hear the truth.
The Fine Print
Copyright © 2005 by Bottom Line Publishing, All Rights Reserved -  Permission to reprint in whole or in part is gladly granted, provided full credit is given.


Disclaimer - The writer of this blog is not responsible for the language or advertisements used in links to referenced articles as source materials.
Posted by de Andrea at 3:31 PM No comments: