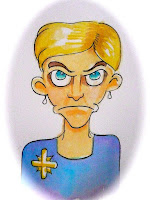 The head of the nation’s biggest child murder incorporated company is not very happy that some Democrats are considering supporting candidates who are pro-life. Planned Parenthood president Cecile Richards pictured above, [essentially] says that you can’t be a good Communist Democrat tyrant if you don’t support infanticide and that the Democrat Communist Party should not support any candidate who opposes murdering babies for profit by selling their body parts.

In an interview with The Hill published Monday, Rep. Ben Ray Luján (D-N.M.), chairman of the Democratic Congressional Campaign Committee, said “there would be no abortion litmus test, and that the party would not withhold funding from pro-life candidates.”

Richards lashed out at Representative Luján on Twitter.  “Women’s health & rights are non-negotiable – incl. access to safe, legal abortion. We’ll hold any politician who says otherwise accountable,” she wrote. “Trading away women’s health and rights will just alienate one of the most powerful political forces in this country. Access to safe, legal abortion is central to women’s economic empowerment and bodily autonomy.  Most of America agrees: 7 in 10 Americans support Roe v. Wade. Access to abortion has more support than any political party in the country.”

Richards, head of ‘Infant Murder Incorporated’ lied, as murders do. Gallop polling data is to the contrary showing a majority of Americans are pro-life.

According to Supreme Court Justice Harry A. Blackmun: If it can be proved that life begins at conception Roe V Wade would be nullified under the Fourteenth Amendment.

Invoking Section 5 authority, the ‘Life at Conception’ bill is based upon a novel argument. It reaches into Supreme Court Justice Harry A. Blackmun’s opinion for the Roe v. Wade majority and pulls out passages that are then offered as support for the Life at Conception Act as a valid use of congressional authority.

In one passage of Roe cited by Senator Rand Paul in promoting his bill, Justice Blackmun wrote that the court did not need to settle “the difficult question of when life begins.” And the senator then turns to another passage in which Blackmun said that, “if the court were to accept that ‘person’ under the Fourteenth Amendment meant a ‘fetus’, at all stages of development that would mean that a claim to a right to abortion collapses because the fetus right to life is then guaranteed specifically by the 14th Amendment.”

That’, Senator Rand Paul said, “is exactly what a Life at Conception Act would do.”
The truth about Roe v Wade.

THE BOTTOM LINE: Not only has it been scientifically proven over and over since 1973 that life begins at conception, but logic alone tells you that life begins at conception. There is life and there is death. Either the baby is alive at conception or it is dead there is no indeterminate state. Moreover if the baby/fetus does not have life, then how and when does it become alive? There is no answer for that question.  Because of this, Roe can not only be overturned but it can be completely nullified and without an amendment or a statute.

In the last 44 years since 1973 nearly 60 million little Americans have been murdered/butchered by Roe V Wade, more than any tyrant in history.  It’s past time to stop the massacre of human life.

Perhaps the strongest argument against abortion from history, is the fact that the same punishment is applicable to someone who kills or injures an unborn child as for one who kills or injures an adult. Exodus 21:22-23 states, “If men struggle with each other and strike a woman with child so that she gives birth prematurely, yet there is no injury, he shall surely be fined as the woman's husband may demand of him, and he shall pay as the judges decide.  But if there is any further injury, then you shall appoint as a penalty life for life . . . " This clearly indicates that the historical Mosaic Law viewed the unborn as persons worthy of the same protection and rights as adults.

Thanks for listening. Now go do the right thing and fight for truth and freedom.
- de Andréa
Please pass on this article to everyone on your email list.  It may be the only chance for your friends to hear the truth.
The Fine Print
Copyright © 2014 by Bottom Line Publishing, All Rights Reserved -  Permission to reprint in whole or in part is gladly granted, provided full credit is given.


Disclaimer - The writer of this blog is not responsible for the language or advertisements used in links to referenced articles as source materials.
Posted by de Andrea at 9:44 AM