The Obama/Comey Alliance To Promote Jihad

The Obama/Comey Alliance To Promote Jihad

Personally, I don’t have any patriotic love for the FBI.  I have called them out on at least two occasions for which they threatened to shut me down if I didn’t cease and desists. ( I didn't) One for their role in promoting the Muslim terrorist group CAIR as trainers for security among other things, and the other for feeding classified Intel to known Jihadi terrorists. And no, it wasn’t misinformation.


Now after two years of research I have enough Intel to release this treasonous scandal. 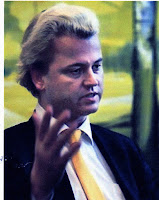 The FBI’s curious role in the May 2015 Garland Texas jihad attack by ISIS terrorists Ibrahim Elton Simpson and Nadir Soofi at a free speech event co-organized by Pamela Geller and Robert Spencer (pictured above right). It was illuminating in raising a hard and unanswerable and unthinkable question: Did Obama want Pamela Geller and Robert Spencer and maybe even Geert Wilders (pictured at left) dead?

What is’ known, is that Comey, the criminal FBI Director, knew about the impending attack and did absolutely nothing to stop it, instead the FBI supported it.


“They wanted us dead.” Said Pam Geller, pictured at right. 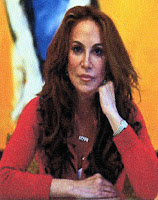 What better way to enforce the Muslim leader Hussein Obama’s declaration of Jihad against the U.S. when he said at a U.N. address, “the future does not belong to those who slander Muhammad, the prophet of Islam.”

It was the local SWAT team Geller hired to protect them who killed Obama’s jihad attackers. But the FBI is still responsible for the Garland incident.

If you remember: at the free speech Garland event, Geert Wilders, the leader of Holland’s second largest political party, was there. He has for years been targeted for assassination because he early on warned Europe about Islam, they obviously didn’t listen either. Robert Spencer and Geller have also received numerous death threats from Muslim Jihadists.

Did Obama’s pro-Islam pro-ISIS FBI want them all dead? What other conclusion can be reached? While I do know undercover FBI agents have to play along with the jihadis they’re dealing with, because in order to be an informant you have to have credibility, but it’s a whole other thing if you’re encouraging and cheering on the proposed murder of Americans who are standing in defense of freedom of speech, and then not doing anything about it. Why did the FBI only have one agent there? And not a team waiting for them to shoot back?

Now I find out they were in’ on the planning of the jihad attack, and did nothing about it. If you recall, the FBI only got around to alerting Garland police about Ibrahim Simpson’s jihad plans a couple of hours before the event. It was Garland police, not the FBI that coordinated all the super security efforts with their own security team.

The FBI knew about the impending attack, one of their agents told Simpson to “tear up Texas,” and an accomplice of Simpson was even communicating with the undercover agent at the time of the attack. The Daily Beast reported that this “accomplice asked the undercover officer about the Draw Muhammad event’s security, size, and police presence, during the event, according to an affidavit filed in court. The affidavit does not specify what the undercover responded, to in answer to questions about size of security.” Why not? Why weren’t the agent’s answers released?

They knew about the attack, yet they didn’t have a team there in case the jihadis started shooting? It’s hard to escape the conclusion that Obama’s FBI wanted Geller and the other speakers at the event dead. What other conclusion can be reached

I’ve been trying to get my mind around this thing. What was Obama trying to do? Teach Americans a lesson? Enforce the edict that he enunciated in the wake of the Benghazi jihad slaughter, that “the future must not belong to those to slander the prophet of Islam”?

If people had died at the Garland event, the murders would have had a blood-chilling effect on the freedom of speech in America. That, in my view, appears to have been what the Obama regime wanted — and certainly that’s what the hate America media wanted in the wake of the event, as it gleefully and relentlessly blamed them for violating Sharia blasphemy laws and getting shot at. Well guess what this is not Islam and Sharia is not the law. Not yet anyway.

Comey will inevitably be remembered for the controversial role he played in the 2016 presidential election, where his agency conducted surveillance of the Trump campaign as well as the so-called investigation/cover-up of Hillary Clinton for mishandling classified materials, giving both sides arguments for how the FBI ultimately swayed the vote and not the Russians.

Before the 2016 campaign, the FBI under Obama/Comey’s tenure, was caught covering up the most damning evidence that the FBI was aware of, almost every terrorist who successfully struck America over the last eight years and some of you still don’t believe that Barrack Hussein Obama was a Muslim Jihadist bent on turning the U.S. into another Islamic State.

“10 of the major FBI scandals on the Obama/Comey watch,” Grabien News, May 9, 2017:
1. Before he bombed the Boston Marathon, the FBI interviewed Tamerlan Tsarnaev but let him go. Russia sent the Obama Administration a second warning, but the FBI opted against investigating him again….

3. The FBI had possession of emails sent by Nidal Hasan saying he wanted to kill his fellow soldiers to protect the Taliban — but didn’t intervene, leading many critics to argue the tragedy that resulted in the death of 31 Americans at Fort Hood could have been prevented.

4. During the Obama Administration, the FBI claimed that two private jets were being used primarily for counterterrorism, when in fact they were mostly being used for Eric Holder and Robert Mueller’s personal travel. Now Mueller is the, so-called independent investigator into Donald Trump’s involvement in the Russian hack.

8. The father of the radical Islamist who detonated a backpack bomb in New York City in 2016 alerted the FBI to his son’s radicalization. The FBI, however, cleared Ahmad Khan Rahami after a brief interview.

9. Obama’s FBI also investigated the terrorist who killed 49 people and wounded 53 more at the Pulse Nightclub in Orlando, Fla. Despite a more than 10-month investigation of Omar Mateen — during which Mateen admitting lying to agents — the FBI opted against pressing further and closed its case.

10. FOX recently reported that when two terrorists sought to kill Americans attending the “Draw Muhammad” event in Garland, Texas, the FBI not only had an understanding an attack was coming, but actually had an undercover agent traveling with the Islamists, Elton Simpson and Nadir Soofi. The FBI has refused to comment on why the agent on the scene did not intervene during the attack.

THE BOTTOM LINE:  For nine years I’ve pointed out the treasonous acts of the ‘Obama Regime’, some called me a conspiracy nut and a racists while Obama expanded the existing Deep State, the Shadow government, the government behind the government that pulls all the strings in Washington.  Now The Donald is saddled with trying to clean up the mess of all the criminals, Jihadists and Communists that have infiltrated every aspect and shadowy corner of the Federal Government. That’s why Trump is met at every turn by the swamp rats with fabricated scandals, one after another after another.


Disclaimer - The writer of this blog is not responsible for the language or advertisements used in links to referenced articles as source materials.
Posted by de Andrea at 12:14 PM