Major Terrorist Group Is Tight With Obama and Congress

Major Terrorist Group Is Tight With Obama and Congress
The American Islamic state is coming folks!

The blind infiltration and influence of the largest most powerful Islamic terrorist organization in the United States is rapidly growing with the promotion of the entire Obama administration including the U.S. Congress. 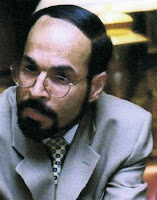 Congress met with CAIR, a known terrorist Jihadist organization 325 Times so far in 2016

At right, CAIR founder and executive director Nihad Awad (above) with Ibrahim Hooper (below), is the national communications director and spokesperson.

The Council on American-Islamic Relations (CAIR), who in 2007, the DOJ labeled CAIR an unindicted co-conspirator in the trial of the Holy Land Foundation for financing the Hamas terrorist group, and a group identified by the Justice Department as a Muslim Brotherhood entity and designated as terrorists by the United Arab Emirates, boasts of having 325 meetings and hob knobbing with members of Congress or their staff so far this year.

A 2007 court filing by federal prosecutors notes how two of CAIR’s founders were wiretapped at a secret Muslim Brotherhood/Hamas meeting in Philadelphia in 1993, where they participated in a robust discussion of how to use deception to influence American public opinion in a direction favorable to the cause of Islamic Jihad.

CAIR’s fundraising video boasts that there were 14,000 mentions of CAIR on radio or television this year alone, and that it has a database of 1.6 million media contacts to use. The organization said it has 65 trained spokespeople, 29 offices and 35 full-time lawyers.

Watch an interview of Ibrahim Hooper about the Orlando terrorists attack.

Obama hob knobs with Muslim Terrorists
The White House’s director of community partnership said in 2012 that there had been “hundreds” of meetings between U.S. government agencies and CAIR.

CAIR’s power can give the impression that it is the leader of the Muslim-American community, but it is, in reality, the manifestation of a well-funded and well-organized Brotherhood terrorist network that has been building up its presence in the U.S. since the 1960s. CAIR was born out of this network in 1994 and has prospered with plentiful and illegal foreign financing.

THE BOTTOM LINE:  This is an example of what I have been jawing about for more than a decade.  Some of you have had the ability to think for yourselves and have understood the danger of Islamic influence in the American culture as I have exposed them.  But the vast majority of Western minds including European and American are examples of the new TV show “Brain Dead.”

This is also a prime example of my watchwords at the bottom of my banner at the top of this article.  “Ignorance – Deception – Enablement – Destruction,” (we are now in the enablement phase of CAIR’s plan to turn the U.S. into an Islamic State).  This is the process that CAIR has been using for decades, and yet most Western minds can’t seem to grasp the reality of what Islamic Jihad is in America.  Even though Europe depicts the future pattern of what the U.S. will look like in less than 5 years, and by that time Europe will be well on its way to becoming an Islamic State that will resemble Lebanon or even Indonesia the largest Islamic State in the world.   Both by the way, were in my life time, originally like the U.S. --- primarily Christian democracies.
And yet, this and previous presidential administrations have not officially designated CAIR as a Terrorist Organization.  This just proves how much power and control CAIR and the Jihad of Islam has already amassed through the infiltration of every agency and department in the U.S. government.

The question is are you going to continue to just sit around your swimming pool, sip on your Mint Julips and watch reruns of the Kardashians, or are you going to do your job of an American Citizen and contact your representatives here, and tell them to read the Muslim books the Quran, Hadith, and the Suhuf that outline the plan of Islam to turn the world into the Ummah, the WORLD NATION OF ISLAM.  And I can also recommend books by Robert Spencer a leading expert on the subtleties and truth of Islamic Jihad, explaining what they all ‘really’ mean.

P.S. You might want to get a copy of these books for yourself as well…Do something, learn something.

Thanks for listening
- de Andréa

Please pass on this article to everyone on your email list.  It may be the only chance for your friends to hear the truth.
The Fine Print
Copyright © 2014 by Bottom Line Publishing, All Rights Reserved -  Permission to reprint in whole or in part is gladly granted, provided full credit is given.
Disclaimer - The writer of this blog is not responsible for the language or advertisements used in links to referenced articles as source materials.