The irony or paradox of Islamic Jihad being waged against the West is that it is a Jihad, that is self-perpetuated by the West. It could not exist without Western money and Western support; without this support, it would quickly shrivel up and die. 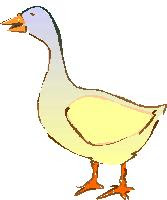 The following article brings to mind the ignorant deception of the West, and particularly the deception of the US liberal elite’s by Islam that has been in the making for many years. The liberal socialists in tandem with the green hypocrites have made the US dependent on our enemy for our power. The self-described ecologists, who are pretending to save the world by not drilling for oil in our own country, have endorsed our oil exploration in the Middle East. I guess they must think that the Middle East is on a different planet. On the other hand, maybe the liberals--are the ones on a different planet…

The result of the lazy ignorance and the blindness caused by the tunnel vision of these Western elites in the perpetuation of their own agenda of a utopian society, is the disastrous dependence on a seventh century culture with the agenda of destroying our entire civilization. Moreover, it does not stop there, because of our blind ignorance we are deceived into directly supporting terrorism by throwing not just petrodollars but American taxpayer money as well, at the royal theocracies that are at the very foundation of “Terrorist Jihad”.
There are few better demonstrations of this than Abu Hamza or Captain Hook living on the dole in the UK while preaching terrorism. Abu Hamza is simply a microcosm of Islamic terrorism that feeds off the West. From the Saudi sponsored Jihad funded by Western oil money and protected by American tanks, to Pakistan's ISI backing of the Mujahadeen that would not have been possible without American support, to Fatah's terrorist infrastructure in the West Bank now being revitalized by the State Department.
Islamic terrorism is dependent on the West.
The reason that most Arab states exist in the first place is that they were created by England or France and funded by the United States. The House of Saud and the entire fiction of Saudi Arabia were created with British and American support. The British organized the Arab League and when they discarded it, the United States picked it up in order to use it as a bulwark against Communism.
About the only real export of these Arab states is oil and this oil was discovered and developed primarily by American companies which were then slowly taken over and in effect nationalized by these Arab countries. The ruler of the House of Saud, Ibn Saud, began as a bandit and camel raider in the desert at the turn of the century. American and British patronage turned him into a monarch and turned Saudi Arabia into a wealthy land. The House of Saud turned around and backed Islamic Wahhabistic terrorism and expansionism across Europe, America and around the World.
Saudi money drives the global Jihad but Saudi money and oil are really American money and oil. American tanks kept Saddam out of Ridyah in 1992. In fact, a deceived America has kept most of the Arab world intact. It was America that forced England, France and Israel to pull out of Egypt in the 1956 Suez Canal War. Egypt rewarded America for this by inviting the Russians in. It was American influence that kept Russia from going into Iran instead of Afghanistan. Today Iran is America's worst enemy.

The list goes on and on.
If America and Europe did not exist, does anyone really believe that oil hungry world powers like Russia or China or Japan would have allowed the tin pot bandit Emirs and Princes and Tyrants of the Arab countries to keep control of their oil for very long? It was the long hand of America that protected them all along. For all their wealth and brutality, no Arab state has managed to defeat even tiny Israel, how long would they have lasted against Russia or China?
Not only has America protected their independence, it has even allowed them to nationalize resources developed by American and British companies. The United States has pumped in money and sacrificed the lives of American soldiers to protect them; in return, we have received terrorism, oil boycotts and the funding of Islamic infiltration and expansionism on our own soil.

The lifting of the vale of deceptionRarely has ingratitude been so viciously manifest, but all this goes to show that the western Jihad may be a self-destructing Jihad, this will depend on the light going on in the deceived minds of the West. The Jihad is aimed at the West, yet it could not exist without the West. The Islamic terrorists attacking America resemble an angry passenger carving a hole in his lifeboat in the hopes that everyone else in the lifeboat will drown while he somehow may swim to safety.
The Arab world has produced nothing in the last century, its technology and its money come from outside. Its literacy level is below that of Sub-Saharan Africa and imported foreigners, often Westerners, do its labor, from its oil production to its simplest tasks.
If the self-destructing Jihad, should destroy the West, it would leave the Middle East barren, without customers for its oil, tourists for its cities, workers for its oil operations and protection for its kingdoms. This is like a parasite killing its host, only in this case, it is hard to tell which one is the parasite and which is the host.

Western oil independence will suffocate Islam
If the West responds by cutting immigration and achieving oil independence, then the Middle East will wind up with an economy based on worthless oil and a demographic time bomb turned against itself.
Either way the Jihad would lose. The Jihad may succeed in either pushing the world back into the dark ages or at least turn the Middle East into fanatical Mullah and Imam ruled enclaves, but it will not create a new Islamic civilization, only chaos and dark ages. In Iraq and Gaza, the Jihad would quickly degenerate into Muslims killing Muslims. This is nothing new; the Jihad in the end has always turned against fellow Muslims. If your god was Satan, you would too.
When Muslims in the West wage Jihad, these Muslim engineers and doctors attack the very system that provides them with a generous income and generates the technology and resources that makes their profession possible. When Muslims in the Middle East wage Jihad, they attack their best customers and the source of their protection and wealth. One way or another Jihad is engineered to kill the Goose with the Golden Egg and is literally a suicide Jihad, because its success would destroy the very sources of that Jihad.

THE BOTTOM LINE: What kind of people are these? I hope I have at least caused this question to be asked. Is it Irony or conspiracy? Well, neither, at least not on the part of Islam. Even Islam is blind to its own demise. This is because the agenda of Islam is not their own, it is the agenda of Allah, and Allah dose not care about Islam, he only cares about the agenda, and the agenda is the conquest of this world.

Although for somewhat different reasons, the liberal left in the U.S. seems, on the surface anyway to have the same ideology as that of Islam. They ride around in their limousines and private jets, counting all the golden eggs they made through the investments in the corporate American capitalistic system, while they condemn and do everything they can to destroy the same golden goose. Could it be that they do have the same agenda, and this is why they support each other…? Mmmmm…Something to think about, isn’t it???

Hello. This post is likeable, and your blog is very interesting, congratulations :-). I will add in my blogroll =). If possible gives a last there on my site, it is about the CresceNet, I hope you enjoy. The address is http://www.provedorcrescenet.com . A hug.