Our Government is Communist, Our Flag is American


Our Government is Communist, Our Flag is American 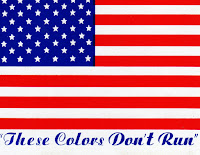 President Trump exercised his free speech right, and blasted players that wouldn’t show respect for the American flag or the anthem, and he gets bad press. The NFL exercises their right of free speech and they get nothing but praise from the Communist supporting alphabet soup media.
“Wouldn’t you love to see one of these NFL owners, when somebody disrespects our flag?  You’d say, ‘Get that SOB off the field right now. Out! He’s fired,” Trump said Friday at an Alabama rally…If a player wants the privilege of making millions of dollars in the NFL, or other leagues, he or she should not be allowed to disrespect our Great American Flag (or Country) and should stand for the National Anthem. If not, YOU’RE FIRED. Find something else to do!”
And it’s not only in the NFL, now this exhibition of ‘the hate America disease’ has spread like a pandemic to the Communist Congress as well.  Exhibit ‘A’ is Texas Communist Congresswoman Sheila Jackson Lee.
Not only is this woman one of the dullest knives in the drawer, I don’t think her driveway goes all the way to the street. Take a listen to this nonsense for blasting President Donald Trump for racism because he simply tweeted out that the NFL owners should begin firing players who won’t’ show respect for the American flag or the national anthem. Just how is it racists to love America? The Communists have to make everything a race issue, because without that there would be no race issue.
Sheila Jackson Lee said.  “You tell me which of those children’s mothers is a SOB. That is racism. You cannot deny it. You cannot run from it, and I kneel in honor of them. I kneel in front of the flag and on this floor,” she said as she took a knee behind the podium.
“I kneel in honor of the First Amendment,” she said, after citing the First Amendment about Congress making no law regarding certain rights, which she has voted to do on numerous occasions.  “I kneel because the flag is a symbol for freedom. I kneel because I’m going to stand against racism. I kneel because I will stand with those young men, and I’ll stand with our soldiers. And I’ll stand with America, because I kneel.”
The worst part is that Jackson Lee typifies the majority of Congress that do not stand with America.  She stands for Communists and Communist wanna-bes, and if you can believe this, she was actually recommended to head Homeland Security. May God save us!
This is the Communist woman who lied about Democrats attempting the impeachment of George W. Bush, believes the US Constitution (the one she cited) is over 400 years old, wants to make welfare recipients feel better about mooching off their fellow citizens by renaming welfare calling it the transitional living fund, She believes Social Security and Medicare ( both Socialist programs) are solvent, believes our southern border is “under control,” has suggested martial law is the way to end government shutdowns, and the list goes on, and on, and on with this Congress woman’s moronic claims and actions.
How in the world is what Trump said racist?  Sure, I don’t deny it is dishonoring to their mothers, but then these guys are not protesting anything that is legitimate.  Furthermore, any mother worth their salt would be looking at their sons doing this and shake their heads anyway.  How many millions are they making?  What injustice has America brought to them?  What do they even know about what they are protesting? Or are they just Fabian useful idiots driven by the momentum of hate for the very hand that feeds them and has given them the freedom to say so.
Racism in America is a false religion that exists only in the mind of those who believe and promote it. Watch and listen to Larry Elder dismantle the deception of racism.  (Who is Larry Elder?)
This issue of disrespecting the National Anthem and our flag, is nothing but the unmindful disrespect for America and those who died for it.  The racist Communists will make everything about race.
Hey, if you are upset as I am about the protests at the NFL games, there is a way to stop it, but most people won’t do it.  Just deprive yourself of watching or attending the games and encourage others to do it as well.
Players won’t have million dollar jobs anymore because they won’t have real Americans paying their way.
Frankly, I have no problem standing at the national anthem.  I’m often reminded of the origins of the anthem and what took place in our history and I give thanks to God for that, but honestly, if some guy doesn’t want to stand, that’s his or her right.  But when they start moving to incite racial insurrections over it, that’s a different story.  Moreover, president Trump didn’t check his right to free speech at the door of the White House any more than any NFL player did when they joined a team. But the media trashes Trump for his free speech while supporting the NFL for theirs. Why? Because the media is Communist and supports tyranny, where only the elite have the right of free speech.
Trump merely voiced what many Americans already think.  Could he have left moms out of it?  Sure, but I think we all know that the intention was not directed at mothers of players, but the players themselves.
People can influence and push the NFL to fire those they believe are being disrespectful, and they should, according to Time Sports it’s in their Operations Manual
Here’s what one of my subscribers and contributing writers had to say:
A Byline by Steve A.
The NFL Operations Manual clearly states the following regarding the national anthem:

During the National Anthem, players on the field and bench area should stand at attention, face the flag, hold helmets in their left hand, and refrain from talking. The home team should ensure that the American flag is in good condition. It should be pointed out to players and coaches that we continue to be judged by the public in this area of respect for the flag and our country. Failure to be on the field by the start of the National Anthem may result in discipline, such as fines, suspensions, and/or the forfeiture of draft choice(s) for violations of the above, including first offenses."

The Steelers were in direct violation of this rule when the players remained in the locker room during the National Anthem. (But we see no consequences) All NFL players who refuse to stand during the anthem are in violation by refusing to stand, facing the flag, holding their helmets in their left hand. (No consequences) The owners are in violation by not pointing out to their players and coaches that, “We continue to be judged by the public in this area of respect for the flag and our country. (No consequences)

You see folks, we have gone from being a nation of law, to a nation of the blind eye. Politicians can openly break the law without consequence. It has come to be expected and casually dismissed. And that 'blind eye' mentality is being adopted in the private sector by corporations, news organizations, religious denominations, and now the NFL. We have become a nation in which its organizations don't even need to follow their own rules. Rules and laws only apply if we agree with them or if it is convenient. And those who are charged with enforcing the rules and laws are abdicating their responsibilities in mass.

We are sliding down a slippery slope and the disillusioned are bringing the rest of us with them. God help us.
END

THE BOTTOM LINE Perhaps it’s because many Americans have just become fat, dumb and happy sitting by their swimming pools and sipping their Mint Juleps.  They are not at the point yet where they are begging for bread because the circus still provides the entertainment and they either still have jobs or are being fed by the welfare system that Jackson Lee calls the “transitional living fund.”
There was nothing racist or unconstitutional in Trump’s message.
But what took place right on the floor of the US House of Representatives perpetuated by a representative of the hate America DeepState of the Shadow Communist Government is despicable.
Folks, I love and appreciate this country, the Flag, the U.S. Constitution and the Freedom and liberty it is supposed to guarantee. But I hate what this government has become, as well as a few useful idiots that support an anti-American and an anti-Freedom agenda. Freedom and the rights that God gave us are supposed to be for every citizen not just those few ungrateful warts that hate what this county STANDS for and what every citizen should ‘STAND’ for.
Thanks for listening my friend. Now go do the right thing, pray and fight for truth and freedom.
- de Andréa
Please pass on this article to everyone on your email list.  It may be the only chance for your friends to hear the truth.
The Fine Print
Copyright © 2005 by Bottom Line Publishing, All Rights Reserved -  Permission to reprint in whole or in part is gladly granted, provided full credit is given.


Disclaimer - The writer of this blog is not responsible for the language or advertisements used in links to referenced articles as source materials.
Posted by de Andrea at 12:09 PM